Whitesburg Elementary opened in December 1958 with just eight classrooms.  Mrs. Virginia Black was the principal as well as a 6th grade teacher.  By January 1959, 350 students had moved in.  By 1961 Whitesburg expanded by ten new classrooms.  There were 753 students enrolled including a newly added 7th grade class.  By 1964 enrollment peaked at 1425, which later declined as more schools were built.

In 1961 the Junior High addition was constructed.  The lunchroom connected both buildings and served both facilities. In the fall of 1962 7th-9th graders were housed at Whitesburg Junior High, with an enrollment of 505 students and a faculty of 20 teachers.  In 1975 Whitesburg Junior High consisted of grades 7th and 8th and later adding 6th grade and changing names to Whitesburg Middle School 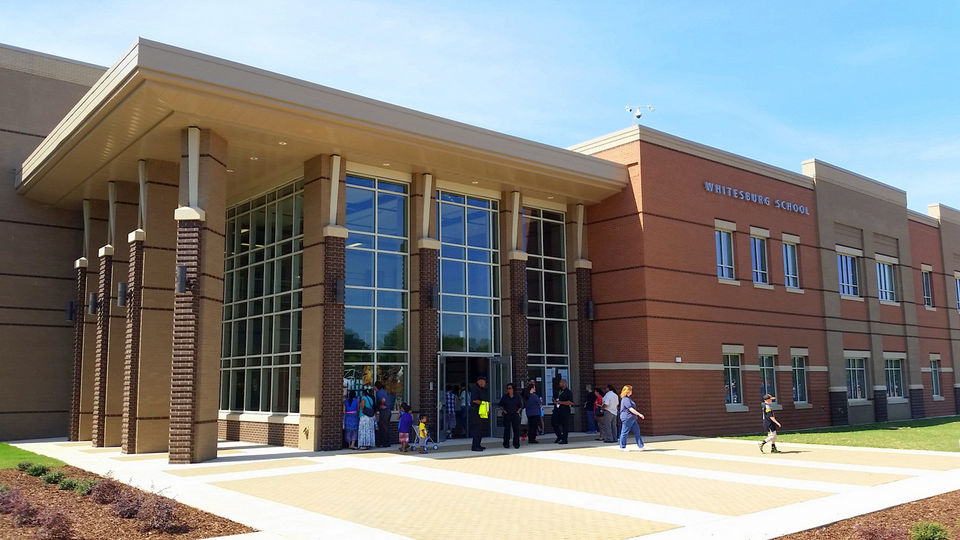 In 1965 the tunnel, which is still used today, was built to safely allow students a way to cross Whitesburg Drive to and from school.

We are LION’S PRIDE!

To become the Premier P-8 School in the nation

Create life long learners in a safe and positive environment that prepares students to be college and career ready.